X
Back to the top
X

I wrote this blog in October 2018 and left it in draft since, the I read Nick Rintalan blog post (link bellow) and I decided to post it now for good 🙂

Few weeks ago I’ve created a poll on twitter to ask about the release cycle in use by various people around the world :

The result is somewhat what I was expecting and what I am seeing around at customer’s place and speaking during events I’m attending.

Then I read a blog on Citrix website from Nick Rintalan (interesting reading) :

Citrix Corp. preached the use of Citrix XenApp and XenDesktop LTSR to partners and customers back in the day and seems to do the exact opposite since few month now. Why’s that ?

I have few ideas and I want to know what you are thinking about that as well.

First there are many different versions deployed all over the place, everyone is lost, some are installing CR and leave it be then fall out of support, other have LTSR and are frustrated not having latest great features available only for CR post LTSR.

I tried to put in a more graphic form what does it means to Citrix having such rapid developpement cycles for CR and so long time support for LTSR.

If we add another LTSR (which should come during 2019) we are having this :

At some point, there are 3 LTSR version to support, the overlap is enormous and the effort for Citrix to support these 3 versions will be something they never seen before.

Knowing that, I’m not surprise to hear about Citrix pushing the use of CR, I already see what will happen and some scenarios that will occur here and there :

Customer : The release pace of the CR is too fast, we have to stick to the LTSR
Citrix : no worries, just let us manage the control pane (Citrix Cloud) then you’ll have more time to focus on the VDA side.

Customer : I want the latest features but I also want to stick with the LTSR model
Citrix : Let us manage the complexity and you’ll be able to do just that, use Citrix Cloud.

I know that it won’t be that easy and customers will need to adapt (of course…). Citrix need to keep in mind that customers also have to deal with Office 365 deployment, Windows 10 deployments / releases and business apps etc. Citrix is a small piece of software that needs to be updated and should not come on the critical path because of a lack of feature or a “soon to become” outdated platform.

Not all the customer (that I know) will make the Citrix Cloud jump, this remains a sensitive move event in the 2 next years. Some will take the bait, and even more if a significant move from Citrix regarding the price of their licences.

Let me know in the comment what are your though on that subject, I know many people talk about that 🙂 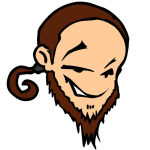 View all posts by Stephane Thirion